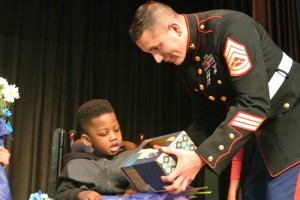 Henry Viscardi School elementary students had a special visit from the U.S. Marine Corp Toys for Tots during their holiday party. The Marines delivered lots of toys and educational items for our classrooms that all of the students at the school can enjoy. The children had the chance to take pictures with the Marines and thank them for their service. They also presented them with gifts and thank you notes. Special thanks to Major Killbride and Sgts. Alvarev, Gomez and Deneve. Nassau County Executive Mangano also joined us, along with Viscardi Alumni and newly elected Judge Rob Pipia.

A Message from the Superintendent/Principal
Diana DeVivio
December 2014

The holidays give us an opportunity to pause our busy lives and reflect on our proud accomplishments. The season offers us a chance to say “thank you” to the entire school community for all of the support that you provide to our students, our families, and our staff.

END_OF_DOCUMENT_TOKEN_TO_BE_REPLACED

You could feel the energy, excitement and school spirit in the gymnasium of the Henry Viscardi School at The Viscardi Center, which serves children with severe physical disabilities, during the School’s annual Wheelchair Basketball Sportsmanship Tournament on December 6, 2014. View snapshots from the Tournament.

END_OF_DOCUMENT_TOKEN_TO_BE_REPLACED 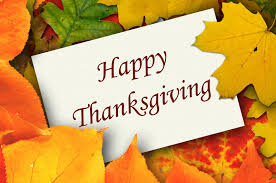 The first part of the 2014-2015 year has gone by quickly, and it has been both an exciting and a sad time.  Parents have met with their children’s teachers during parent conferences at the beginning of the month.  Our school has completed our first quarter and are well into our second.  The elections are over, and we welcome a new legislative session with much more lobbying work ahead of us.

As we reflect on the many things for which we are  thankful, I want to take this opportunity to share just a few of them with you:  We are  thankful for our students who come to school every day ready to learn – they give us all a daily reminder of what is important and why we are here.  We are thankful for the support of the parents in creating an outstanding partnership for our students.  We are thankful for the teachers, assistants, health aides, bus drivers, secretaries, nurses, lunchroom aides, support staff, therapists and administrators who really care about student achievement and have the best interests of our students at heart.  We are also thankful for our volunteers who enthusiastically contribute so much to our school.

END_OF_DOCUMENT_TOKEN_TO_BE_REPLACED

As you may already know, during the 2013-2014 school year, we faced a significant challenge regarding the 1:1 paraprofessionals and 1:1 private duty nurses assigned to NYC DOE students enrolled at the Henry Viscardi School.  After months of lobbying efforts and meetings with legislators and State Education Department officials, an agreement was entered into between us and the State Education Department to revise our staffing model in turn for an extension of the provision and payment of 1:1 aides and nurses for the 2014-2015 school year.  We began this process with a two-day visit and site observations by NYSED representatives, followed by 3 of 4 scheduled Restructuring Committee meetings.

END_OF_DOCUMENT_TOKEN_TO_BE_REPLACED

There are no upcoming events.