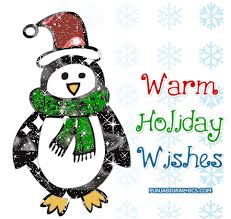 The holidays give us an opportunity to pause our busy lives and reflect on our proud accomplishments.  The season offers us once again a chance to say “thank you” to the entire school community for all of the support that you provide to our students, our families, and our staff.

END_OF_DOCUMENT_TOKEN_TO_BE_REPLACED

Awardees from the United States, Canada and Kenya

December 10, 2015 – Albertson, NY – The Viscardi Center, a network of non-profit organizations providing a lifespan of services that educate, employ and empower people with disabilities, announced nine 2015 Henry Viscardi Achievement Awards recipients at an event in New York City. The international Awards recognize exemplary leaders within the disability community and their extraordinary societal contributions, while remembering the spirit and legacy of the Center’s founder, Dr. Henry Viscardi, Jr., who himself wore prosthetic legs. As one of the world’s leading advocates for people with disabilities, Dr. Viscardi served as a disability advisor to eight U.S. Presidents, from Franklin D. Roosevelt to Jimmy Carter.