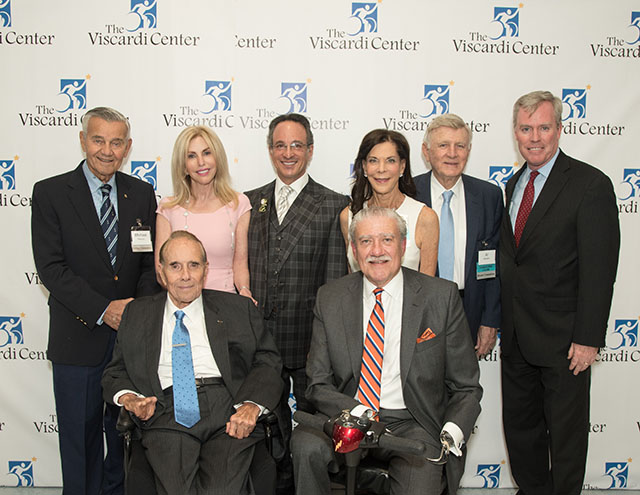 Several members of the New York Mets and more than a dozen other professional athletes mingled with attendees at The Viscardi Center’s Celebrity Sports Night fundraising event on May 18, helping the organization to raise $2 million in support of the enhancement and expansion of programs and services for people with disabilities.

Mets players Wilmer Flores, Jose Reyes, T.J. Rivera, Zack Wheeler, as well as manager Terry Collins and a number of coaches, signed autographs and posed for photos during the 51st annual event that drew in over 700 guests to The Viscardi Center — an Albertson-based nonprofit dedicated to educating, employing, and empowering children and adults with disabilities.

John D. Kemp, President and CEO of The Viscardi Center, addressed the crowd about the growth of current programs and announced new initiatives — owed in part to a successful Celebrity Sports Night.

“All of you in this room are here because you wish to give dignity and hope to thousands of children and adults with disabilities,” he said. “I’m here to tell you that you do.”

This year’s evening was chaired by Alvin and Aileen Murstein and honored Jan Burman, president of the Engel Burman Group, and the Pascucci Family. The event also recognized former U.S. Senator Bob Dole and Microsoft’s Jenny Lay-Flurrie for their contributions to the global disability community.

Activities ranged from a sports-themed online auction to a sit-down dinner to a live auction featuring luxury experiences at the U.S. Open, the Mets Owner’s Suite, and world-class East End golf courses, among others. HVS students and celebrity guests closed the night by performing a sketch show directed by JoJo Starbuck, former Olympic figure skating champion.

Concluding an evening that exceeded expectations, Kemp reminded attendees that beyond the fanfare, Celebrity Sports Night is about enriching the lives of the people The Viscardi Center serves.

“What we do every day is about people. It’s about looking at needs and trends, and finding new ways to make lives better — through education, employment, and empowerment.”

The Viscardi Center will host its 52nd annual Celebrity Sports Night on May 17, 2018.